Naples is a unique city. Thanks to architectural point of view, urban and historical-cultural landscape, traditional and gourmet.
The city would be divided into three areas to explore and admire the monuments of “Piazza del Plebiscito”, “Galleria Umberto I”, “Palazzo Reale”, “Teatro San Carlo”, “Castello Nuovo”, “via Caracciolo”, “Mergellina” and “Posillipo”, the historical one, the note "Spaccanapoli "with churches of “Gesù Nuovo” and “Santa Chiara”.
And then underground Naples, with its network of tunnels about 300 km long, and during the Second World War were used as shelters bombing and beyond. 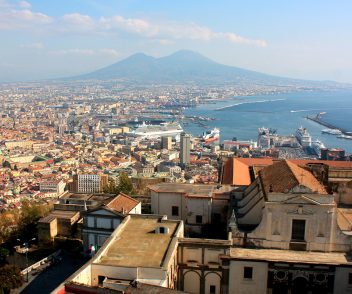