Sorrento is one of the most famous place in Campania. The city is known for its exceptionally mild climate, for its breathtaking scenery overlooking the sea, for its crops fragrant citrus and lemons, for its views and its marine fishermen, for its gastronomy. Sorrento has another merit, its favorable geographic location that make it the fulcrum of thousands of itineraries and excursions to Capri, Positano, Amalfi, Ravello, Vietri sul Mare etc…

Positano is a small town overlooking the sea characterized by its typical white houses, firmly anchored to the mountain, and its winding streets full of restaurants, craft shops, clothing stores that seem embedded in the rock.
The atmosphere of Positano is quiet and relaxing, thanks to the combination of the breathtaking views overlooking the sea and the particular architecture unique. 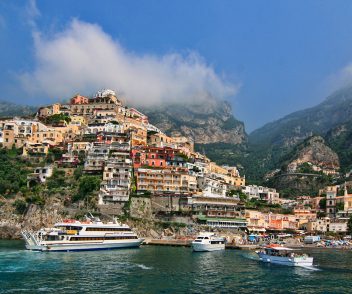 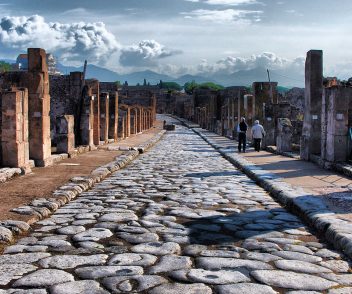